When we received a call from a couple in Dunstable we were a bit taken aback, given the distance between us and them. However, the lovely couple had picked up a hoglet scurrying around near a busy road, whilst other people just ignored it. 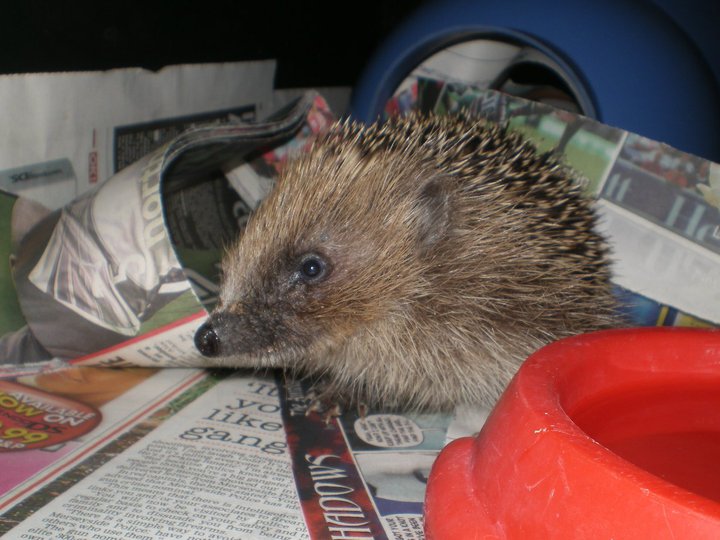 Giving the couple advice about emergency care (heat, rehydration, a box to sleep – see here), we also gave them the number for Bedfordshire Wildlife Rescue in Houghton Regis, and via Facebook we let Sam at that centre know the couple would be in touch.

We’re delighted to say that the hoglet, named Snuffles (okay, we suggested the name !), is doing very well, despite having a wounded jaw and several broken teeth, and has put on 100g in weight since the couple rescued him.

Hedgehog carers and wildlife rescue centres up and down the land do work very well together, and we’re pleased to have played just a very small part in Snuffles’ recovery.