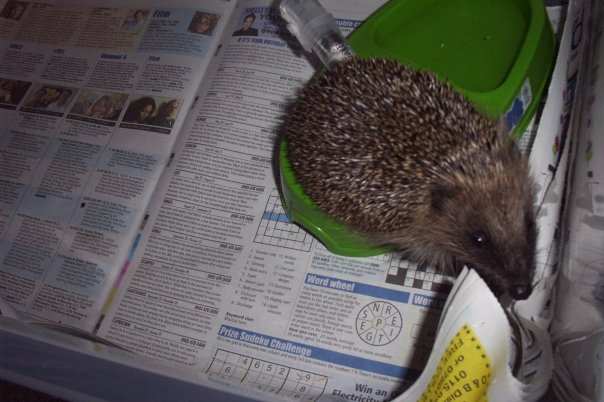 Barney the hedgehog with his makeshift cast

Barney was an Autumn juvenile with a difference – he had a fractured tibia in his left hind leg.

Despite the best efforts of Dennis Jones at Byron Veterinary Surgery to save the leg by constructing a splint, Barney had to have his leg amputated on 23rd October.

After recovering very quickly from the operation, performed by Ben at the same veterinary clinic, Barney rapidly put on weight and settled down to hibernate in my spare room in November.

He emerged in March 2010, diving headfirst into a plate of food. He scuttles around happily on three legs – indeed, he is faster than most four legged varieties of hedgehog I know !

Barney has now relocated to Derby, via pre-release, to share an enclosed garden with another disabled hog, Pudsey, under the watchful eye of another hedgehog carer, Kitty, to whom we are eternally grateful. 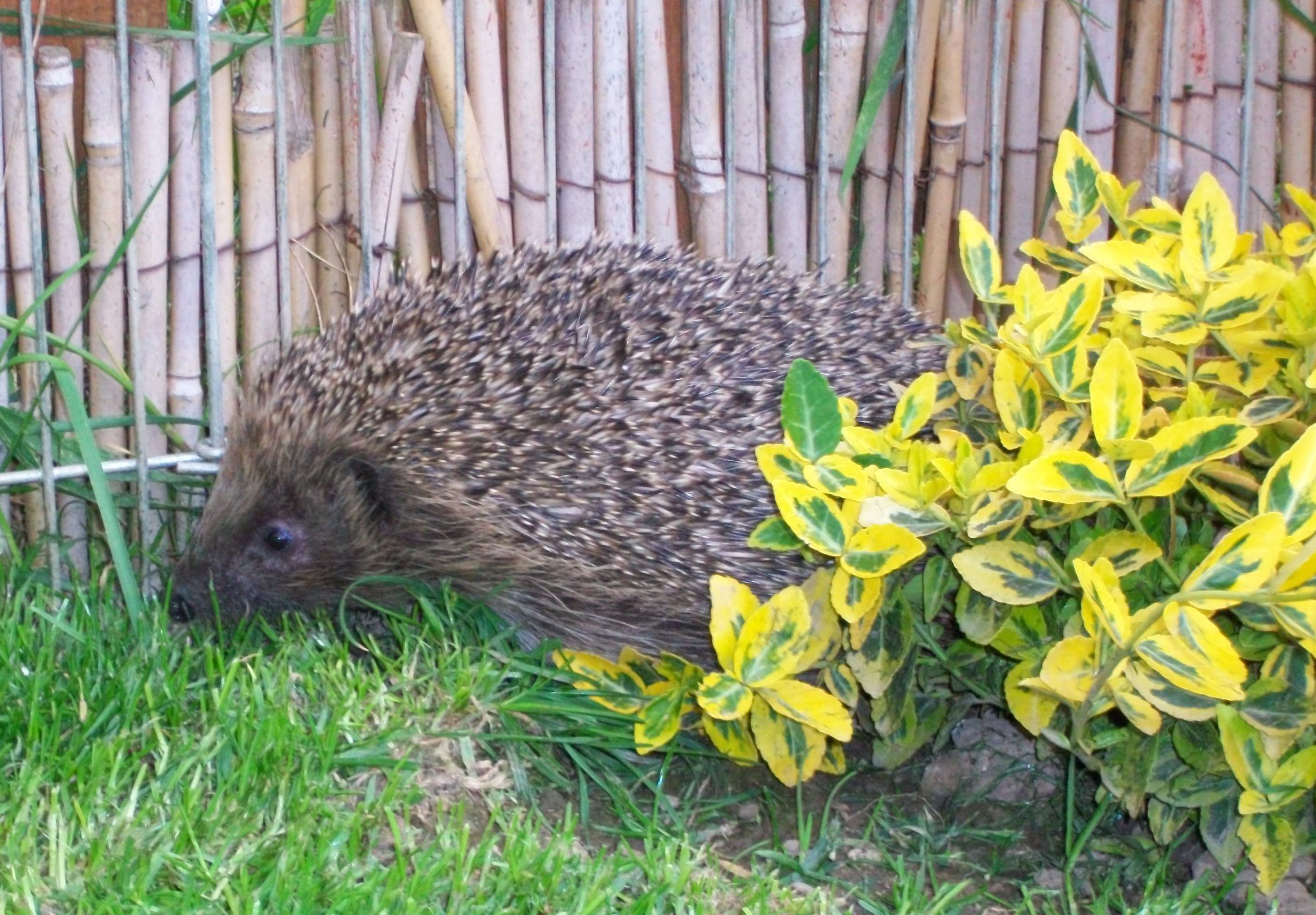 Barney in his new surroundings post-release